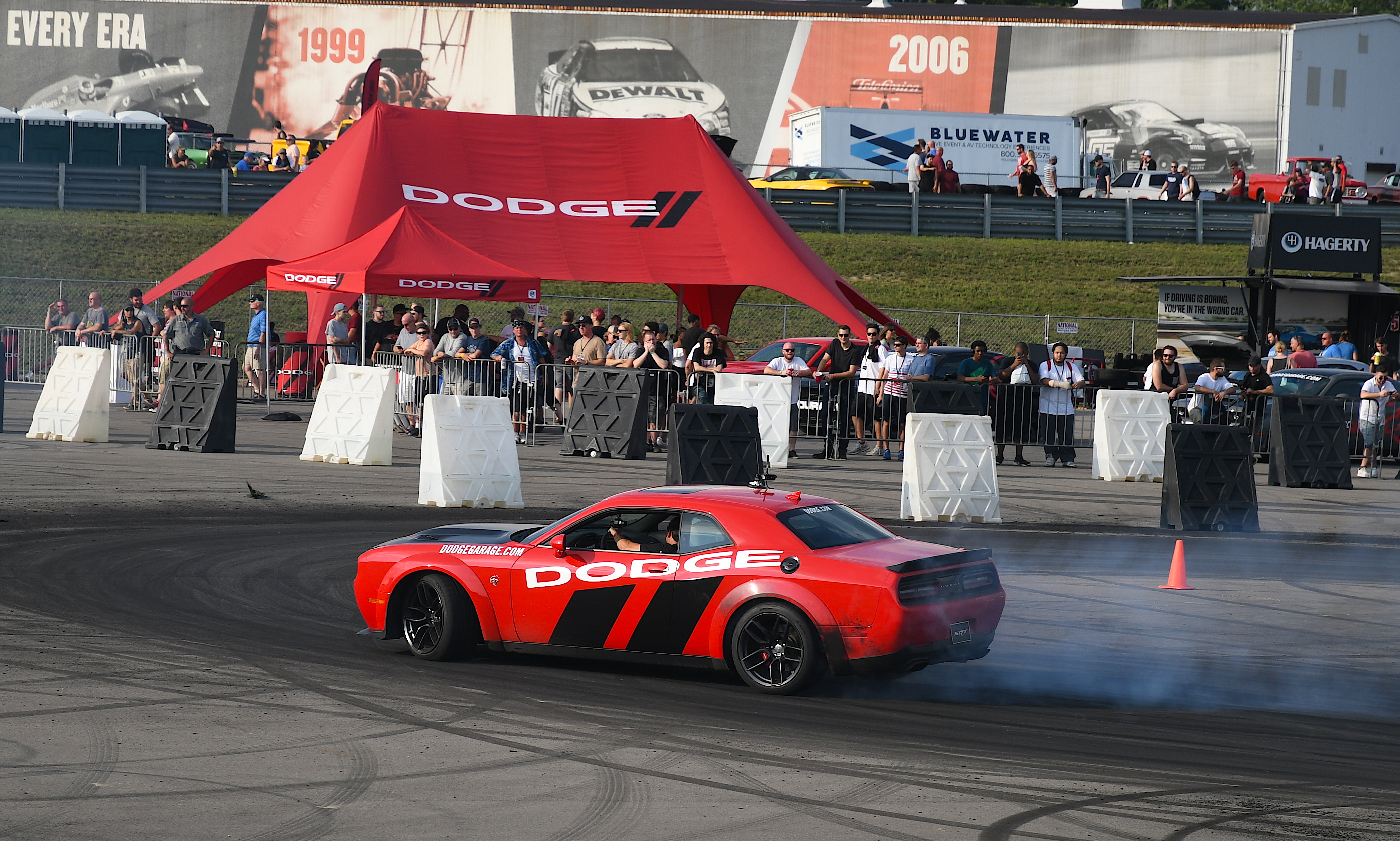 When you throw an event as successful as 2017’s 3rd annual Roadkill Nights, one might wonder, “How do you up the ante for the following year?”

The JRT solution? You start the next day… and so we did. The day after the 2017 event, we homed in on 2018 and made it bigger, better and even more amazing.

Today, Dodge and JRT/CG Detroit® are proudly celebrating the success of the 4th annual Roadkill Nights Powered by Dodge at the M1 Concourse in Pontiac, Michigan, on August 11, 2018.

Big Tire and Small Tire classes for 128 street-legal cars offered winners the largest Roadkill Nights purse yet: $30,000. Heavy rains ended racing early, and $20,000 in cash prizes was split between the top 8 finalists from each class. The quickest Big Tire and Small Tire Dodge each took home $5,000. Not a bad payout for a one-eighth mile drag strip; that’s earnings of almost 8 dollars per foot!

JRT and CG Detroit® provided strong support (with well over half the agency involved and psyched to be there!) for the 4th consecutive year, including strategic planning, onsite staff and management, fresh Dodge gear for sale, display and vehicle staging, celebrity partnerships and coordination, graphics, visuals, marketing and advertising support, digital integration, and Dodge hospitality.

364 days till our next Roadkill success story… stay tuned.

Visit DodgeGarage.com for a repeat attendee’s recap of Roadkill Nights 2018.