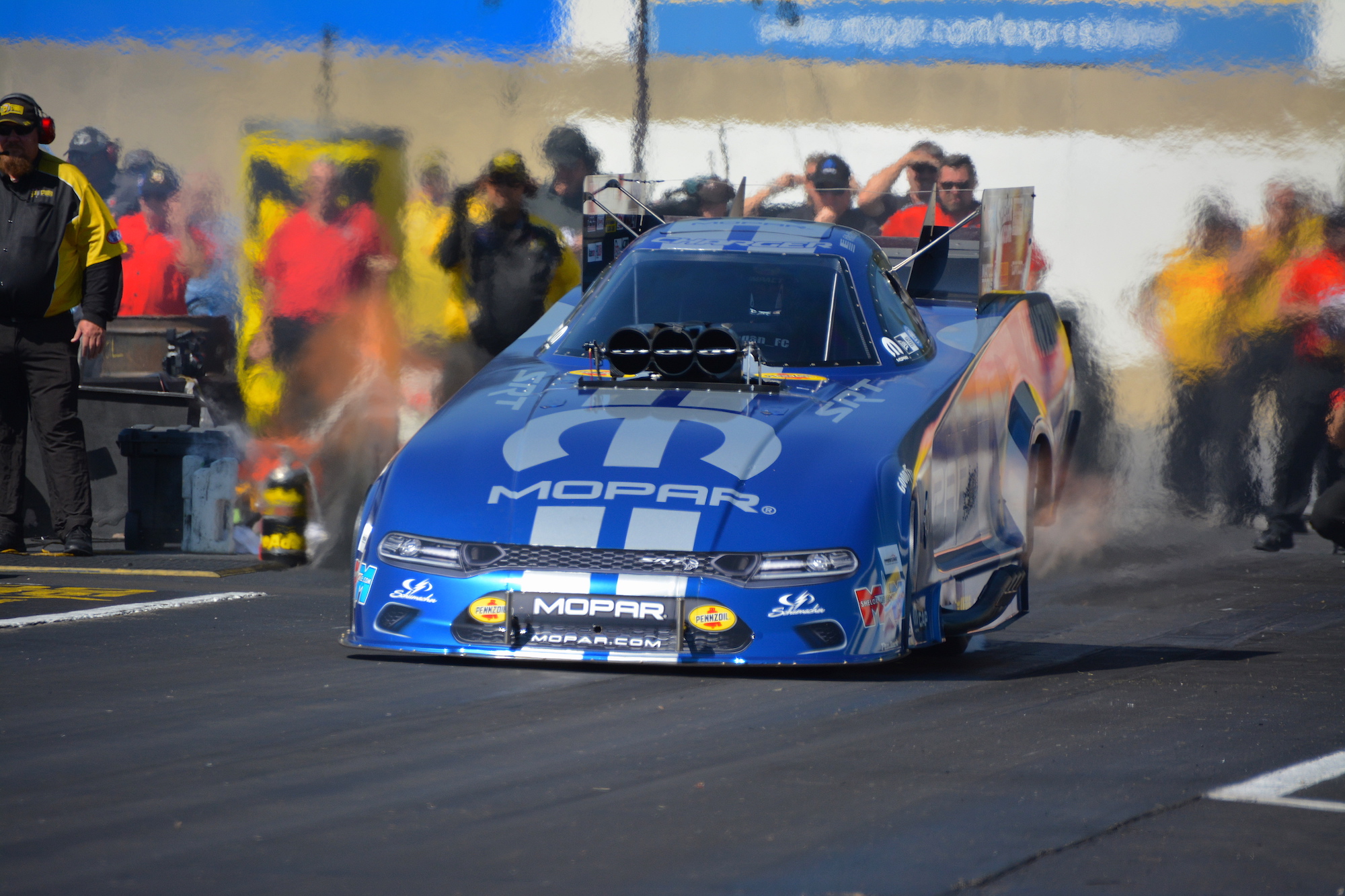 As the warm, languid weekends of summer turn into the crisp winds of early autumn, the 2019 motorsports season is entering its final phase. Regardless of the series — NASCAR, IMSA, ARX, ARA, NHRA or others — crunch time is here to determine championship drivers, teams and manufacturers.

At CG Detroit® and the JRT agency®, this is our season!

Since the Dodge Charger SRT® Hellcat Funny Cars driven by Matt Hagan, Tommy Johnson Jr., Jack Beckman and Ron Capps, as well as Mopar Top fuel driver Leah Pritchett Fuel have all secured spots in the playoffs, JRT will be at the remaining events to capture cross-channel branded content and provide unforgettable experiential marketing activities for attendees, right down to the season-ending event in Pomona on November 17. And although Pritchett wasn’t able to repeat her 2018 SAM Tech Factory Stock Showdown championship success this year, we followed all the action by covering each of the events for our enthusiast site, dodgegarage.com.

One series wrapped up recently: The 2019 NMCA Dodge//Mopar HEMI® Shootout. The six-race series traveled throughout the country and featured some great grassroots racing with owners of Dodge Challenger SRT Demons, SRT Hellcats, SRT Hellcat Redeyes, Scat Packs and other high-performance Dodge machines. There were also many great human-interest stories we captured and promoted as part of the “1320 Club” live on dodgegarage.com. We can’t wait to begin anew with the 2020 championship chase next March.

Cut to NASCAR and the Monster Energy Series, where CG Detroit®’s Ford Performance graphics adorn six of the current top 12 playoff contenders — more than any other manufacturer. Kevin Harvick, Brad Keselowski, Joey Logano, Ryan Newman, Ryan Blaney and Aric Almirola all ride with our work aboard their chariots. As of this writing, Ford stands 31 points behind the manufacturer leader Toyota, but there are big points to be won as the season winds down through the rounds of 12, 8 and 4 over the next eight races.

In the IMSA WeatherTech Sportscar Championship, we’ll be pulling for long-time CG Detroit® client Pratt and Miller and the Corvette C7R race team, competing in the GTLM class. You’ll find our agency team trackside for the final round at Road Atlanta on October 12 for the anything-is-possible 12-hour Petit LeMans.

In short, JRT and CG are supporting our motorsports clients in their quest for championship success. Whether its on-site experiential activation and data capture for fans, organizing and hosting VIPs, providing social media and creating high-energy cross-channel content, or (via CG Detroit®) providing the vibrant static and on-car race team graphics, you can bet our expert and enthusiast motorsports team members will be cheering hard for partner success.