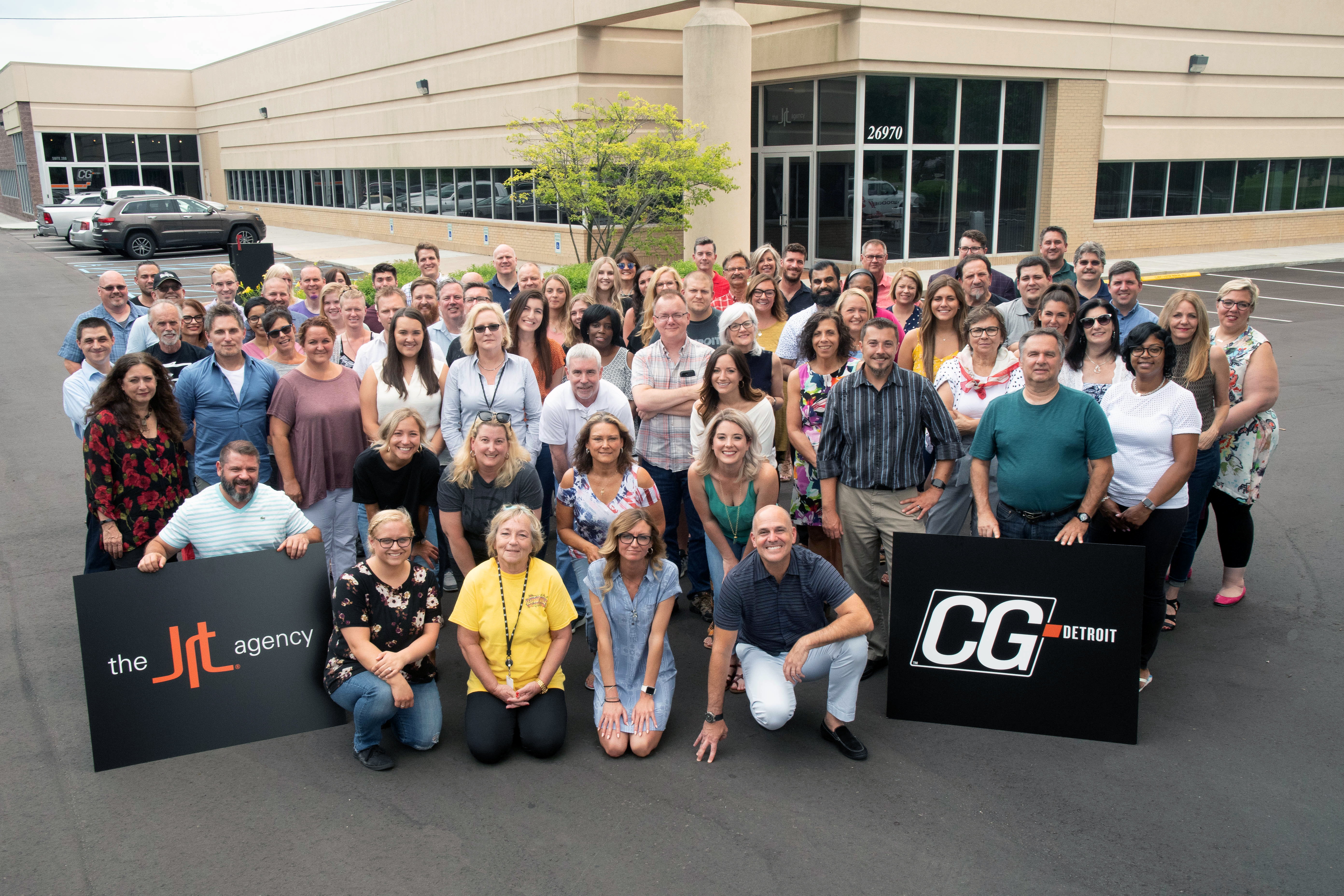 The JRT agency® (JRT) and its partner CG Detroit® summed up a great creative award-winning year by committing great agency highlights to video:

In business 45 years, JRT is used to celebrating award-winning projects. Now however, more and more of its work reflects the digital nature of the communications solutions created on behalf of its amazing clients. In 2019, JRT brought home five Hermes Creative awards and one Telly award, testament to the effectiveness and creativity done in conjunction with both regional, national, and international brands.

For Dana, the future is electric, and global, too – Platinum

For Atwater Brewery, Detroit, Michigan’s largest craft brewer, the goal was simple…create engagement for the Atwater brand through in-restaurant posters aligning its colorful and flavorful beers with the ethos of Detroit’s own authentic culture. JRT created a series of posters that drove home the Atwater theme: Born in Detroit. Raised Everywhere, with unique visual cues that are instantly recognizable to an entire region.

Atwater Brewery principle Mark Reith celebrated the award by delivering a selction of Atwater’s newest brews to the JRT team (never a bad thing…), and by making a donation to one of JRT’s Detroit charities: Capuchin Soup Kitchen.

Winning an award for a media publication is no easy task for an advertising agency. While JRT’s not a publishing house, these two awards prove that its understanding of the automotive service and repair industry, coupled with engaging art direction, pulls in an audience. Mopar’s direction is clear when it comes to Mopar Magazine: make the factual content visually enticing, and they’ll enage with it. It works, and its also awarding winning!

When Dodge decided to auction for charity the final production Viper and SRT Demon, they knew the already historic duo needed an epic sendoff. Managing concierge programs for both iconic nameplates made JRT the go-to partner for creating a campaign to promote the big event, including one-of-a-kind authentication packages to accompany the last-of-their-kind vehicles. Digital promo posters for influencers and celebrities were also created, allowing Dodge’s famous ambassadors to share the buzz, especially a teaser video JRT created to create a stir among enthusiasts. When the hammer landed, 100% of the $1 million dollar winning bid (the highest of the four-day Barrett-Jackson auction) was donated to United Way. And today, the lucky high bidder still proudly displays each JRT-developed Authentication Package, including letters of authenticity, build sheets, photos, commemorative books and iPads filled with momentous pictures and history.

The Telly Award was founded in 1979. In addition to television, with the rise in digital video content (web series, VR, 360, and beyond), the Telly Award today reflects and celebrates an exciting new era of the moving image, on and offline.

For 24 weekends throughout the year, racing enthusiasts can tune-in to NHRA drag racing action. Every nitro-fueled burnout, g-force shattering launch and record breaking ¼-mile pass is a shot of adrenaline straight to the heart of true fans of horsepower and performance. The Dodge/SRT® and Mopar® sponsored Top Fuel and Funny Car drivers of Don Schumacher Racing (DSR) are fan favorites. With the support of Dodge, JRT went behind the scenes with DSR to create a documentary video series following DSR’s charge for greatness. From the team’s home base in Indiana to the pits, staging lanes and victory circles at races across the country, JRT’s cameras captured the triumphs, trials and passions it takes to chase epic racing titles.