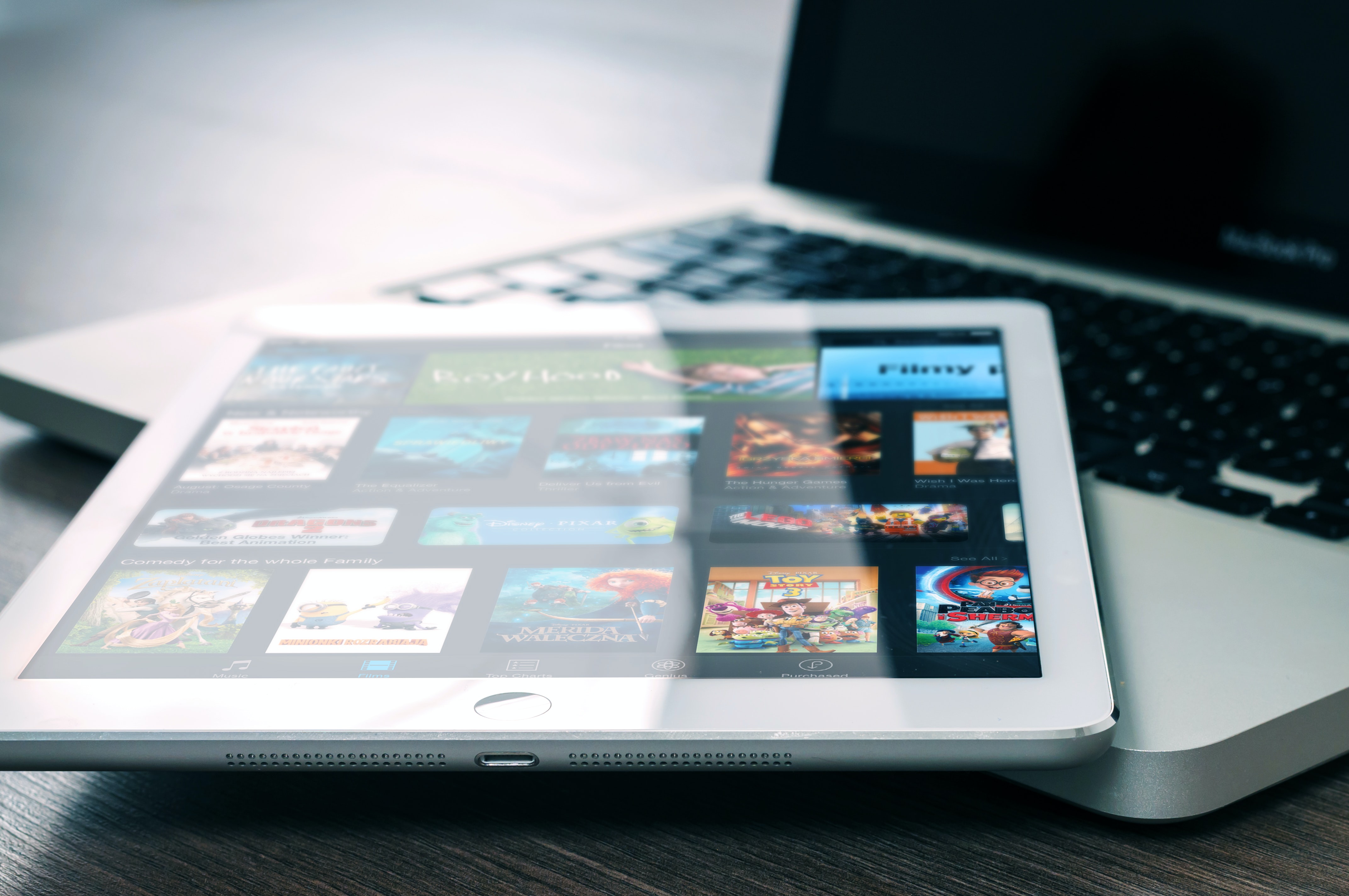 At this point, most of us have probably made our way through our reading lists and watch lists. So if you’re looking for some new subjects to sink your teeth into, don’t worry! We’ve got you covered! Here’s what our team has been loving:

All-American: “I’m loving watching this series because it is about an under-privileged young man navigating life and how to grow into a successful, responsible adult.” – Susan Stackpole

The Crown: “This is a true to life series and very well done. Princess Diana was one of my favorite people on earth and wanted to learn the background of England and Queen Elizabeth.” – Barbara St. John

Schitt’s Creek: “I have loved watching this. The characters are all so strong and interesting…I’d highly recommend it to anyone!” – Kristen Meisnitzer

Ultraman: Decades ago, a hero from the stars left this world in peace. Now, the son of Ultraman must rise to protect the Earth from a new alien threat. – Recommended by Tom Ussery

Lost in Space: After crash-landing on an alien planet, the Robinson family fights against all odds to survive and escape. But they’re surrounded by hidden dangers. – Recommended by Tom Ussery

Unorthodox: “It was pretty gripping and based on the true story of a young Hasidic Jewish woman who escapes her arranged marriage and leaves the country. It’s an eye-opening look at a life that I could not relate to, and is full of suspense and intrigue as she learns about the rest of the world outside of her tiny community.” – Amy Lauter

Happy: A boozy ex-cop turned hitman thinks he’s losing his marbles when a cartoon unicorn only he can see urges him to rescue a girl kidnapped by Santa. – Recommended by Heather Jacoby

On My Block: In a rough inner-city Los Angeles neighborhood, four smart, funny and streetwise teens find their lifelong friendship tested as they begin high school. – Recommended by Heather Jacoby

I am NOT Ok with this: Angsty Syd navigates high school awkwardness, family drama and an unrequited crush on her best friend while trying to rein in her budding superpowers. – Recommended by Heather Jacoby

Workin’ Moms: Maternity leave is over and it’s time for these four moms to return to work while navigating kids, bosses, love and life in modern-day Toronto. – Recommended by Loretta Martinez

Outlander: “When I talk to myself, I now talk with a Scottish accent.” – Tricia Wilson

Peaky Blinders: “So good! Cillian Murphy and Tom Hardy are fantastic. I would recommend watching with subtitles though. My husband and I had to rewind a few times because we couldn’t understand the accents.” – Holli Lawrence

Killing Eve: “International intrigue…what’s not to like?” – Ken Suminski

Foster’s Home for Imaginary Friends: Set in a world in which imaginary friends coexist with humans, this centers on a boy named Mac who is pressured by his mother to abandon his imaginary friend Bloo. – Recommended by Heather Jacoby

What We Do in the Shadows: “Funny as heck to those with a warped sense of humor like me.” – Tricia Wilson

Succession: “Most dysfunctional family ever! You can’t turn away from it!” – Jason Weiss

Hunters: A fictional tale set in the late 1970s in New York City about an inter-racial inter-faith inter-generational team that hunts down Nazis who managed to infiltrate the United States after World War II. – Recommended by Tom Ussery

The Expanse: The disappearance of rich-girl-turned-political-activist Julie Mao links the lives of Ceres detective Joe Miller, accidental ship captain James Holden and U.N. politician Chrisjen Avasarala. Amidst political tension between Earth, Mars and the Belt, they unravel the single greatest conspiracy of all time. – Recommended by Heather Jacoby

Dead Like Me: This centers on a disaffected young woman who is suddenly killed when a piece of the MIR space station hurtles to Earth and hits her in the head. – Recommended by Heather Jacoby

A Haunting: “A series of volumes where Steve Shippy, Paranormal Expert and Michigan native, investigates paranormal activity in Michigan houses primarily in Saginaw, MI. Some of the footage makes you roll your eyes, but other stuff makes your heart race a bit!” – Holli Lawrence

30 for 30: OJ Made in America: “Academy Award-winning documentary series that looks at OJ Simpson’s life, the cultural divide in Los Angeles, and the series of events that lead to the innocent verdict in the case.” – Matt Ambroziak

The Last Dance: “Looks at the 1997 Chicago Bulls and takes a specific look at Michael Jordan. So far in parts 1 and 2, they have introduced the characters. Moving forward, NBA Entertainment did a really great job in getting access to the Bulls in their final championship season with Jordan that was never allowed to be seen until Sunday to the public.” – Matt Ambroziak

CART PPG Series 1985 – 1995: “If you go on YouTube, all of the races in that decade are more or less available in their entirety. Halcyon era of sponsorship, international diversity, young American drivers, and tracks.  Especially from 1988 – 1995, 20 cars had a legit shot to win any race due to their funding and their driver.” – Matt Ambroziak

Mad Girl. Written by Byrony Gordon: An honest, autobiographical account of author Bryony Gordon’s experiences of OCD, depression, bulimia, alopecia and drug dependency, told with humor and openness that makes it an engaging and insightful read. – Recommended by Heather Jacoby

Welcome to Braggsville. Written by T. Geronimo Johnson: A literary coming-of-age novel for a new generation, written with tremendous social insight and a unique, generous heart, Welcome to Braggsville reminds us of the promise and perils of youthful exuberance, while painting an indelible portrait of contemporary America. – Recommended by Heather Jacoby

The Book of Unknown Americans. Written by Cristina Henriquez: A dazzling, heartbreaking page-turner destined for breakout status: a novel that gives voice to millions of Americans as it tells the story of the love between a Panamanian boy and a Mexican girl: teenagers living in an apartment block of immigrant families like their own. – Recommended by Heather Jacoby

Lovely Bones. Written by Alice Sebold: It is the story of a teenage girl who, after being raped and murdered, watches from her personal Heaven as her family and friends struggle to move on with their lives while she comes to terms with her own death. – Recommended by Heather Jacoby

American Predator. Written by Maureen Callahan: A killer who left a path of monstrous, randomly committed crimes in his wake — many of which remain unsolved to this day. American Predator is the ambitious culmination of years of interviews with key figures in law enforcement and in Keyes’s life, and research uncovered from classified FBI files. – Recommended by Heather Jacoby

Ink. Written by Jobie Baldwin: Ink is a young adult urban fantasy story and the first book in the Tribe series. It is narrated by Christian, an English teenager, who discovers a strange tattoo parlor. Here he finds that he’s been chosen, along with four others, to save the world. – Recommended by Heather Jacoby

Solve for Happy: Engineer Your Path to Joy. Written by Mo Gawdat: “I’m currently reading this one. It’s definitely an eye-opener. I highly recommend it!” – Mickie McLeod

Compilers: Principles and Practice (Creating a Custom Compiler). Written by Parag H. Dave: “I recommend it for those truly interested in the subject!” – Tobias Hagenbeek